"Tarangire National Park" is in the Manyara region and is the sixth largest among all parks in Tanzania. It got its name from Tarangire River because this river crosses through the park. It is the main source, for all the wild animals in this park, of fresh water. The whole Tarangire ecosystem thrives on account of this river during the dry season of the year. This park and its ecosystem are well known for the migration of zebras and wildebeest into it from long distances. Hundreds of other animals also concentrate in this park from all surrounding calving and wet season dispersal areas.

It is situated between the Great Rift Valley Lakesto its west and north and the Masai Steppe meadows to its southeast. Tarangire National Park occupies the region, covering two thousand six hundred square kilometres. The Tarangire River takes up most of its northern part. The river flows upwards through all cut ditches, leaving the park corner in the northwest region and falling into Lake Burungi. There are several wide swamps, as a result and they dry up into greener plains in the south when the dry season approaches.

The park has gained its recognition because of the high density of baobab trees and its elephant population. Visitors that take safaris to this park prefer the dry season between June and November for the reason of spotting huge herds of elephants, zebras, cape buffaloes and wildebeest. Other animals that can be found in this park are giraffes, impalas, waterbucks, dik-diks, Grant’s gazelles, elands, banded mongooses, Vervet monkeys and olive baboons. You can also see a fair number of leopards, lions, caracals, cheetahs, African wild dogs and honey badgers.

The oldest known elephant that has given birth to twins in Africais found in this park. The park has become famous for its elephants and during dry season, you can view herds of over three hundred elephants as they love to dig in the Tarangire River’s dry bed. They are keen on exploring underground streams.

The landscape here is made up mostly of granite ridges, swamps and river valleys. You will find a mix of Acacia woodland in its vegetation along with Baobab trees and grassland which is seasonally flooded. Tarangire National Parkis home to over five hundred species of birds and has become a haven for keen bird watchers. The park is also known for huge termite mounds which dot its landscape. Abandoned mounds have become homes for dwarf mongooses. Visitors have also been able to spot white giraffes here and their complexion is a result of leucism. The Park management has started many wildlife research projects such as the Tarangire Elephant Project, the Tarangire Lion Project and Masai Giraffe Conservation Demography Project. For more than thirteen years now, this protected region has been recognised as a lion conservation unit.

Safari packages usually combine itineraries including Tarangire National Park tours with that of Lake Manyara, Serengeti National Parkand Ngorongoro Crater. This is also known as the Northern Circuit Package. This is because these three reserves are in close proximity to each other. It allows the tourists and visitors to drive to all parts of this circuit.

These safari packages allow tourists to get an excellent chance to see the large herds of elephants in these reserves along with the unique Baobab trees. The vegetation and landscapes on offer here are amazingly diverse with a blend that cannot be found anywhere else in Africa.

During these safaris, walking tours are provided at various camps and this allows visitors to experience something unique in comparison with other game drives in this continent. These game drives and guided walking tours offer cultural visits to all neighbouring villages in order to get a taste of Tanzanianvillage life.

The Tarangire National Park also houses two very rare game species. They are the greater Kudu and the Oryx with fringe ears. Another sight unique to this park is pythons, lions and leopards climbing trees. The game available here is not used to safari vehicles and this allows tourists to get a unique experience to see the animals in a real wild habitat.

Safari at Tarangire National Park including game drives, fees for guides and drivers

Safari seekers on Full Game Package to Tarangire National Park get to enjoy game viewing drives in four wheel drive open-topped vehicles. They will relish the experience of watching big herds of antelopes of all types such as lesser Kudu, elands, impalas and Kongoni along with zebras, gazelles, buffaloes, wildebeest, elephants and leopards. The safari packages include these game drives, fees for guides and drivers, guided walking tours, lunch, soft drinks and mineral water bottles.

We organise Safaris:
1 or several days
1 or several parks
sleeping options in the parks as econimic classic tente, or luxuary mobile tente, etc.

Here are the prices of safaris in Tanzania

Or you can click on the button below to send us a message for your safari request: 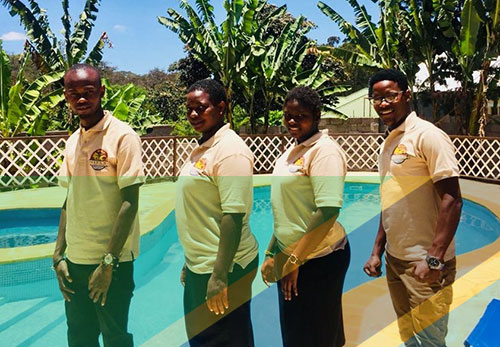